Since we’ve updated our Architecture Section with several images of urban Berlin impressions, we crossed the former Wall without even recognizing it, sometimes.

So we thought about while reviewing the pictures. There isn’t much left of the former called antikapitalistischer Schutzwall, but Bernauer street and the East Side Gallery are still remembering what happened. Living and working in Berlin for more than a decade, we’ve meet way more interesting people, than we could possibly mention here. While we’ve been located at Potsdamer street, next to Alexander Platz, Olympic Arena and Friedrichshain we always made contacts with our neighbours and listened their stories. Of course there are always quite a few things to tell about their personal experience with the inner german, and specially here: inner city border. So we remembered a few of them, but won’t go in detail. This Posting was all about the Fotos, at first. 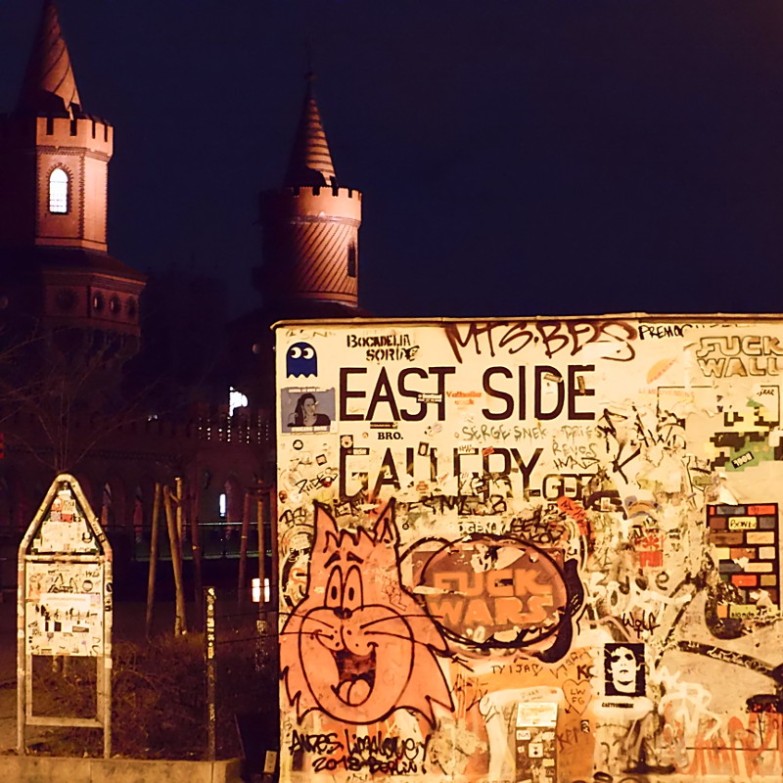 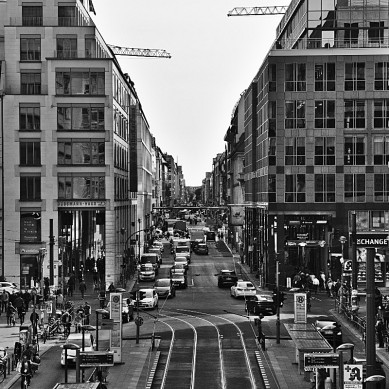 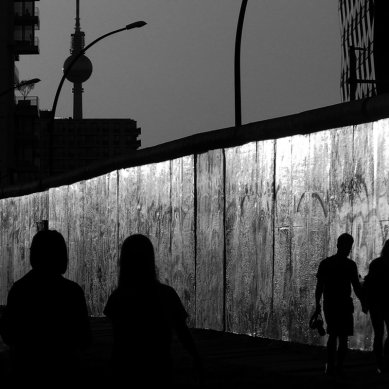 Shadows on the Berlin Wall

We often listened to Mo Kalamity and Kubix, while processing all those stories and images. Many of those photos are available online in our urban Berlin gallery yet. To get an idea of the mood, you may like to listen them, too. In “our” humble opinion, they really did a remarkable job on the public available video at the…

“Walls” is some kind of a modern redemption song for solidarity and to build more bridges. Inspired by them we took even more time to write about the other mentioned Walls, too…

The Wall in Israel

is a topic over there as well, but in another way than we expected it to be. It seems media in Israel avoid to write about their own dividing construction. Could be their government prohibiting to write about it in a non zionistic form, but we don’t know for sure yet. All we can do is: listen to our friends from Israel and what they have to say about. On the other hand we see the melodramatic form of Jerusalem Post’s “Whataboutism” to call out Germany, not only for the Nazi regime, but for the inner city border wall of the cold war.

The Wall of Shame – Stencil

Since they are unable to see or write about their own Wall, others have to do so. Some even try to force them to open the eyes and recognize their own construction of shame.

Dr. Gabor Maté studied Human development through the lens of science and compassion. On Israel’s power, politic & agenda he made some heavy thoughts. TYT published some of them in 2014…

He did research on Addiction of Power and Power of Addiction. What he learned about fear in this process is stunning and debunking elements of human nature. You can learn more of Dr. Gabor Maté at his Website.

Miko Peled as a peace activist and son of his well known father — wrote a book about the journey of an Israeli in Palestine. Worth reading it, but you can start with one of his Videos.

Will Israel recognise this Anti Palestinian Shield to be the worst Wall built and operated so far? We don’t know yet, but future generations will have to deal with this on a national level.

While D.J. Trump still dreams about that others pay for t/his Wall, Mexico simply can’t appreciate a humiliation like this for the native population of the continent, or pay for it. No surprise for us, that white (supreme and some even self declared stable genius) nationalists are not able to see this point because of their limitations. So we appreciate the visit of british reporters and the investigative questions on Trump supporters.

According to the announcements of the 45. President of the United States of America, he is going to build the Wall to divide America. Probably even when the IRS have to fund this, not like promised the Mexicans. He’s so special, maybe the only one, who could find a way to build a border wall like China did before.

First attempt to tear down the European Wall

It is some kind of the duty of Berlin citizens to fight against Walls. Best known Art Installation White Crosses left the Berlin’s government district collectively to escape the commemoration festivities, for the fall of the Berlin wall’s 25th anniversary. This media happening initiated by Center for Political Beauty (Zentrum für politische Schönheit) took place as an act of solidarity and sign of humanity.

The victims fled to their brothers and sisters across the European Union’s external borders. To be more precisely, white crosses is an act of love and an attempt to prevent future victims of this Wall. Since the fall of the Iron Curtain, the borders of the European Union took more than 30,000 lives. For more Information on White Crosses and other projects, you can visit the political beauty Website.

To be honest, we had some doubts on this, but… However, most of us think we should say hello at least.

“Welcome USA, to the Hall of Shame.”

Why don’t feel a little inspired by the Berlin Wall and fall of the Iron Curtain.

2 thoughts on “Tear Down The Wall”

Our Website now has finally more Hits, than Maria Carey on the Billboard Charts.